The best activity I indulged in while in St. Lucia was horseback riding on the beach. I knew this was something I wanted to do – a childhood dream, if you will – and St. Lucia seemed like the perfect place for it. I had originally booked with one tour company and then the night before, something told me to cancel and rebook with another company. Maybe I read the reviews and something someone said inspired me to switch; I can’t recall, but I was certainly glad I did. The next morning I called Island Riders in Gros Islet, owned by Horseman Bano. He asked if I wanted to go riding that very day, so I accepted.

I had no idea what to expect with Island Riders, and when Bano came to pick me up, I was a little hesitant to go with him as a solo woman. But I hopped in the car with the two dreadlocked Rastafarians, Bano and his driver “Brimstone,” and we cruised to the beach at Sandals where the horses were waiting for us.

For all intensive purposes, this is not a touristy activity. It’s hanging out with some locals who own horses and it’s a less than professional “company,” if you can even call it that. But that’s the beauty of it. I saw some people wearing helmets, riding single file at a snail’s pace, in big groups with other companies. That wasn’t for me.

So Bano saddled up the big brown Jack Sparrow for me, putting my towel over the saddle so my legs wouldn’t chafe, and he climbed upon his horse, “Bitch” – I’m totally not making this up – while Brimstone helped me climb up, telling me to remember who is in charge. Looking back, I humorously wonder whether he was referring to my being in charge of the horse or in charge of Bano, but I would soon learn I had to exercise authority over both. Bano was a flirt, but I never once felt vulnerable or endangered being alone with him for hours on the ride. 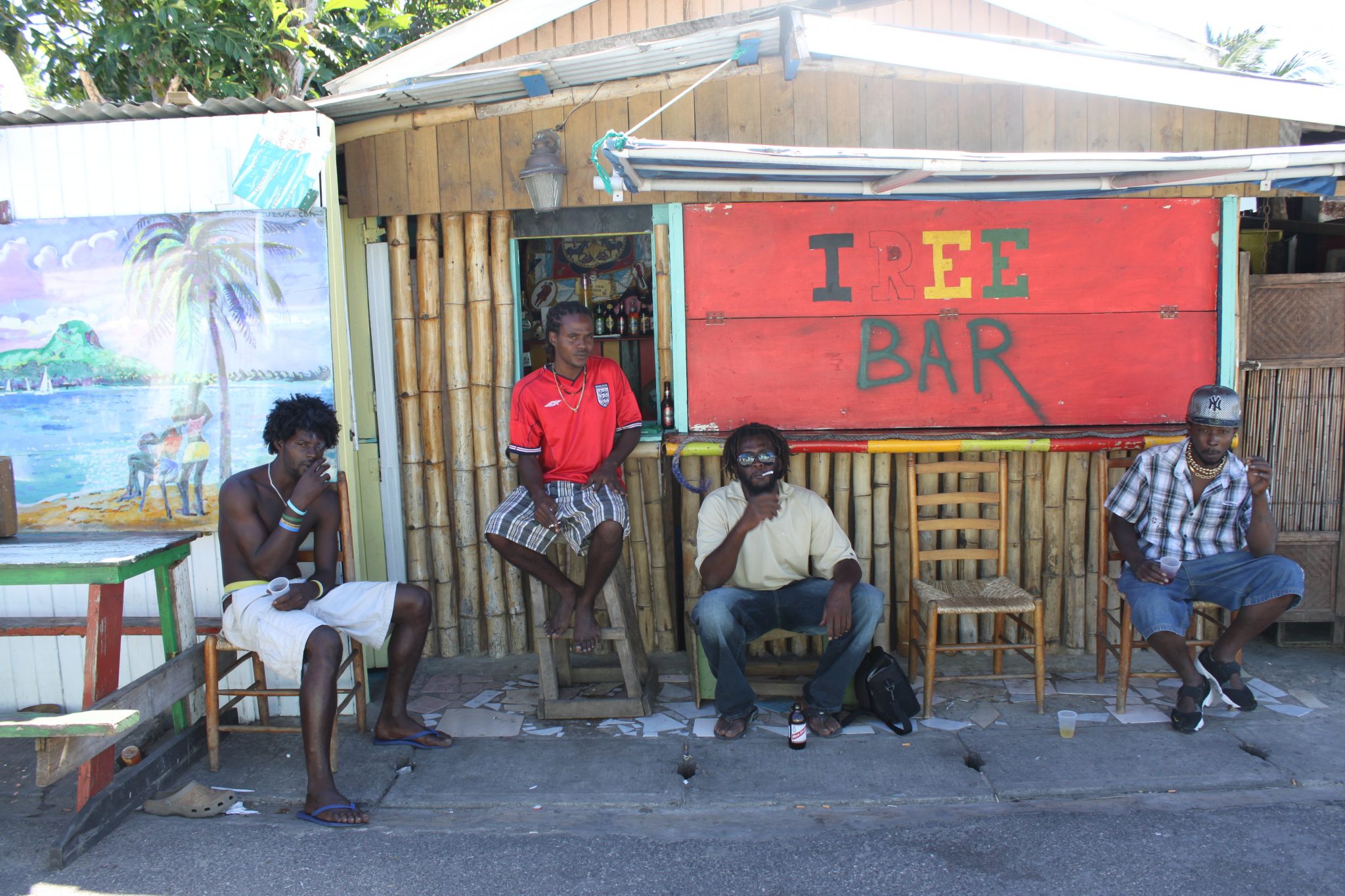 Bano is an experienced rider, and gave some great tips to make riding easier. The horses also seemed well cared for, mellow, and easy to ride. I would definitely recommend the longer ride because the scenery is quite lovely. It starts out on some smaller beaches near town, then a ride through town with a stop for some rum punch at the little local bar. You’ll get acquainted with some of his friends and perhaps feel a bit out of your element, but just go with it. This is a local, cultural experience. Roll with it. We rode past the school where uniformed kids were outside for recess. They ran along the fence with the horses as we cantered by, yelling, “Horses!” and “Bano!”

Island Riders is not professional. It’s totally haphazard. You may get a hold of Bano, you may not. Who knows where he’ll take you or who his partners will be that day. Who knows whether you’ll be on time getting back to your hotel or not. Helmets? Nah. Hopefully you’re ok hanging out with rum drinking, pot smoking locals listening to rap. Make the most of this experience; it’s authentic. No facade here. Bano and his friends became my friends. I spent three more days hanging out with them in St. Lucia and made connections and lasting friendships that are priceless. That’s more than I can say for any “tourist activity” I’ve ever done.