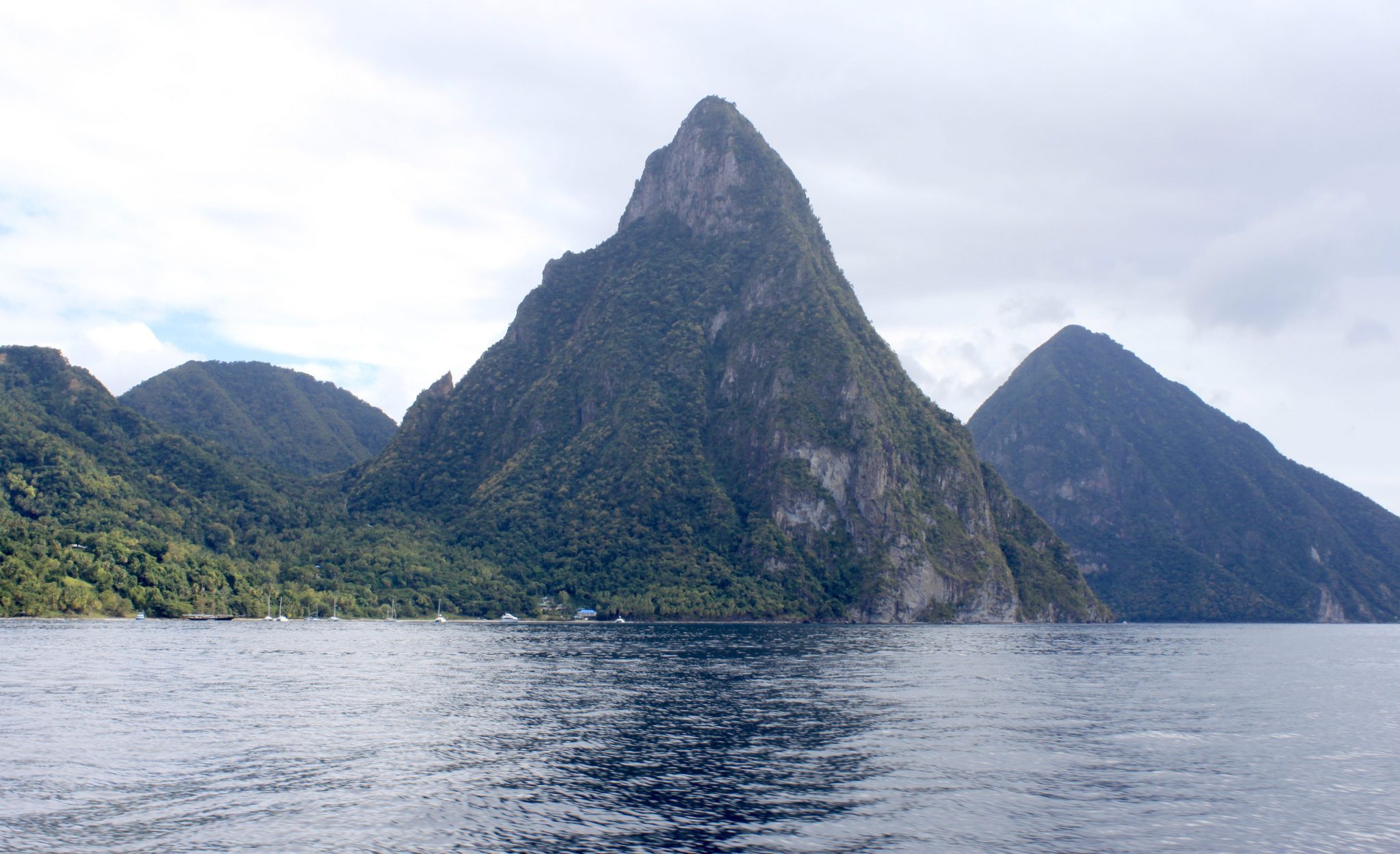 St. Lucia boasts a rich culture and it is a diverse island with much to explore. It was first settled by the French, but then changed hands many times between the French and British until gaining independence from Britain in 1979. A fairly large Caribbean island at 238 square miles and a population of roughly 184,000, you’ll find plenty to do in St. Lucia. I think what drew me to St. Lucia, of all the Caribbean islands, is the mountainous, stunning geography. The iconic two Piton Mountains provide an incredible backdrop. Popular areas of the island to stay include the towns of Soufrière, Castries, and Gros Islet, among others.

The official language in St. Lucia is English, however locals commonly speak a French Creole developed during French colonization. The majority of residents are Catholic, and most of the rest are other Christian denominations. A small percentage consider themselves Rastafarian, however, I have a hunch that it’s more than the 2% reported, as the movement seems to be fairly common among the younger locals.

I stayed in the area of Gros Islet, a small town with a number of beachfront resorts and hotels. The area has a small, local “village feel” and I prefer that to a larger town. Time your visit to Gros Islet to coincide with the Friday night street party, where vendors set up food stalls, there is live music and dancing, and plenty of alcohol.

Zip lining at Treetop Adventure Park is the top rated activity in St. Lucia. If you’ve always wanted to experience the thrill of soaring through the rainforest in a safe environment, this is a great place to get it. The professional company has great reviews and takes safety regulations seriously. It was a great first experience with zip lining for me.

Since I stayed on the far north side of the island, I felt it was necessary to take a day tour to visit a totally different area. I chose a full day of being taken to different sites near Soufrière. The trip began with a boat cruise down the west coast of St. Lucia, with beautiful views of the lush mountainous terrain, and dolphins jumping through the waves alongside the boat. We disembarked at the port in Soufrière, the second largest city on the island, where our group was then taken by bus to the next destinations. One highlight included Diamond Falls Botanical Gardens, a colorful and lush 6 acre site with hot spring mineral baths and a stunning waterfall.

Another fun stop was the Sulfur Springs at Soufrière Volcano where the road goes right up to a steam-emitting, water-boiling, volcano. The last eruption occurred in the late 18th century. Not far from the bubbling springs are the hot mud baths where you can slather yourself in what is believed to be therapeutic mud and then rinse off. A tour will most likely take the group to lunch at a restaurant with views of the town of Soufrière at the base of the Pitons. It’s really quite beautiful.

The best activity I indulged in while in St. Lucia was horseback riding on the beach. I knew this was something I wanted to do – a childhood dream, if you will – and St. Lucia seemed like the perfect place for it. I had originally booked with one tour company and then the night before, something told me to cancel and rebook with another company. Maybe I read the reviews and something someone said inspired me to switch; I can’t recall, but I was certainly glad I did. The next morning I called Island Riders in Gros Islet, owned by Horseman Bano. To read more about my favorite activity in St. Lucia, read my article, The Experience You Cannot Miss in St. Lucia.