Growing up, I rarely heard about Cuba and it seemed everyone had almost forgotten about the island’s existence. Years ago I was discussing travels with a European friend who mentioned Cuba, but then told me Americans weren’t allowed to go. From that point on, naturally, I wanted to go!

So imagine my surprise a couple years ago when it was announced that the US would be chipping away at the embargo against Cuba. The seed was planted in my mind, and it took me a while to get there, but it was worth it. So although the United States is late to a party that the rest of the world has been enjoying for decades, that’s no reason not to show up. Better late than never. 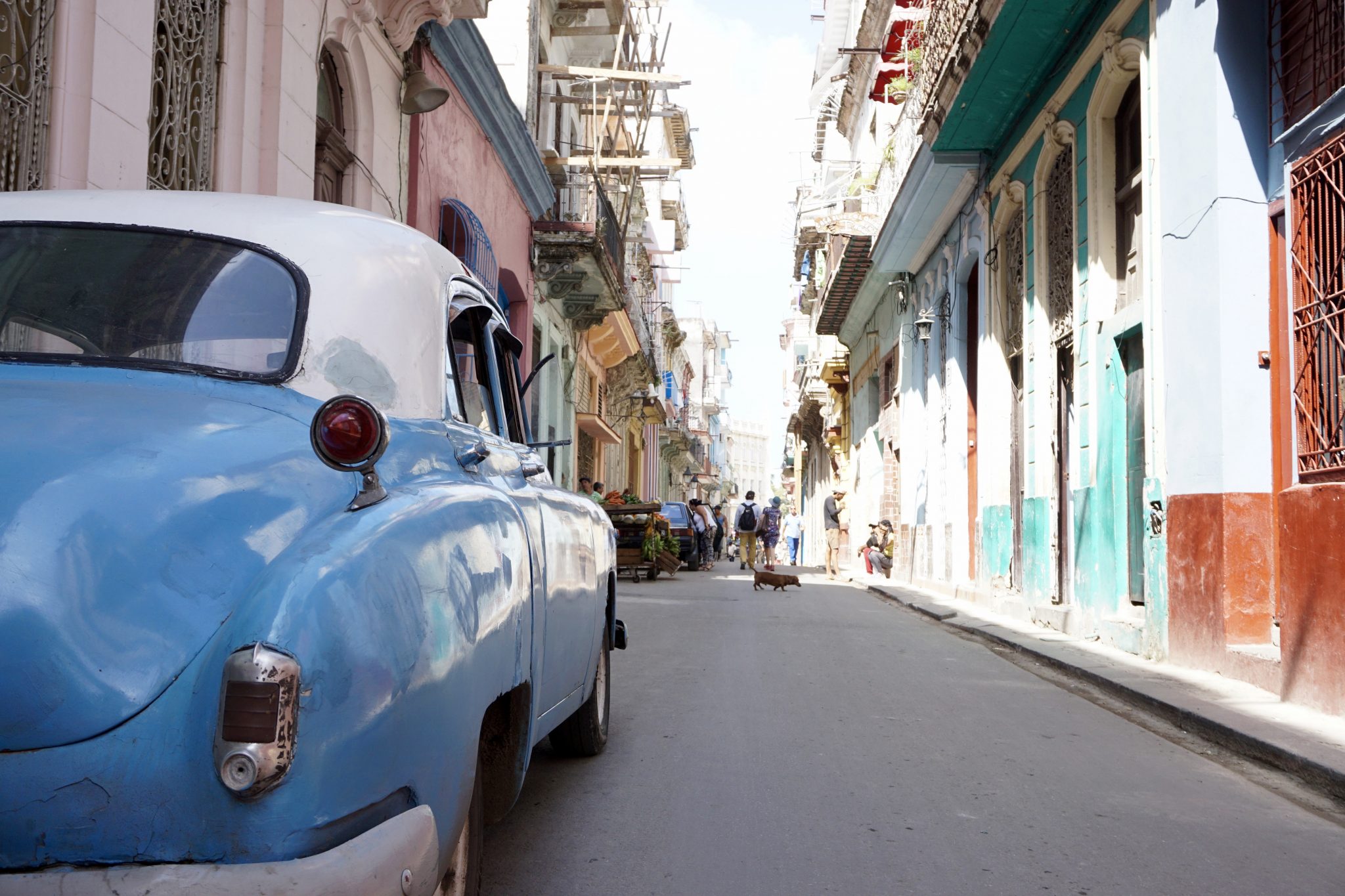 So now is the time, my friends. Look at a map. Cuba is barely a puddle jump from Florida. It takes like an hour to get there from Florida. Or 3 hours from NYC. There are now a number of awesome airlines that fly to different airports in Cuba, and plenty of daily connections to Havana, which is where most people want to fly into. You’ll feel like you’re arriving at a destination that lives decades in the past without having to fly for 24 hours.

For the last year or two, airlines have been competing to get coveted routes from the US to Cuba. Not all airlines were awarded contracts. To name a few: Delta, Alaska, United, American, JetBlue, Southwest, Frontier, Spirit, Silver. They are having introductory price wars and the result is just plain awesome for you and I. You can fly roundtrip from NYC for around $250 or roundtrip from different airports in Florida for around $150. What?! That’s like a pair of nice jeans that you don’t need. And now, my pacific northwest comrades, Alaska Airlines offers non-stop flights from LA, originating in Seattle. That’s right. Let’s say you want to go to Cuba next month (because you do)…you can find roundtrip flights for around $525/person.

They are actually starting to like us. There’s been some resentment on their part. Remember the Bay of Pigs? And the Cuban Missile Crisis? I don’t. I had to read and learn my history to really understand why Cuba is the way it is, and you should too if you plan to visit.

The cliff-notes: The US has had a full official embargo against Cuba since JFK in 1962 (due to a handful of incidences related to the revolution and communism). That means all US business interests were withdrawn from Cuba and all financial support. So all the money and Hollywood glitz and glamour that was so popular in Cuba during the 1920’s-50’s came to an abrupt halt. After the Cuban Revolution of 1959, they formed close ties with the Soviet Union (communists stick together) and became increasingly dependent upon them financially. After the 1991 collapse of the Soviet Union, Cuba entered a time of economic depression referred to as the “Special Period.” You can see the result of this economic downslide all over Cuba.

But from what I could tell, they are happy to welcome American tourists again. Our countries are working to improve our relationship and I think the money brought in from American tourists will be a huge boost for them. Everyone was incredibly friendly and we were warmly received. There are tourists from all over the world in Cuba. You will meet people from all over Europe, Canada, Australia, and the occasional American as well.

Yes, you’ll hear that Cuba is surprisingly expensive, especially for a developing nation. In comparison to South America, some parts of Mexico, or Asia, that may be true. But in comparison to the rest of the Caribbean, Cuba is affordable. I’ve never drunk so many piña coladas in my life because not only were they the best, they were $2-$5 depending on where you get it. And they are mind-blowingly good. Food? $5 for a good sized meal at many restaurants. The higher end restaurants will be much more, $15-20 for an entrée. We had a giant lobster tail at a rooftop restaurant overlooking Havana one night and at a beach front restaurant another day, each for $15. That’s pocket change compared to dinner at a high end restaurant in the US. For accommodations, if you go with a casa particular (private house), which you should, you can find a great place for less than $50/night and a home cooked breakfast for $5. Transportation in Cuba can be a bit costly though, so be prepared to pay upwards of $120 for a private taxi to another town like Trinidad or Varadaro. More on transportation recommendations in my post What to Know When Visiting Cuba. 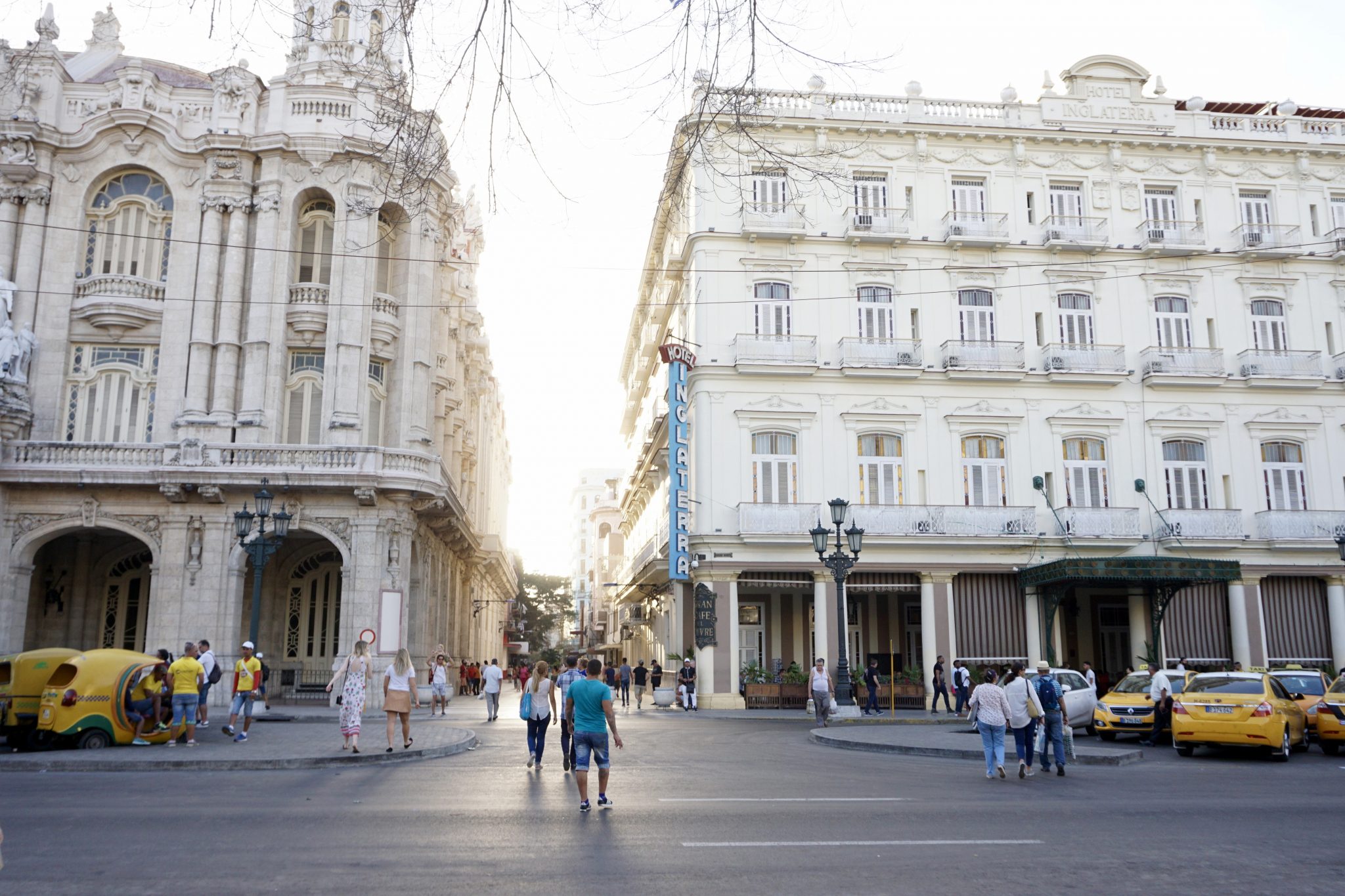 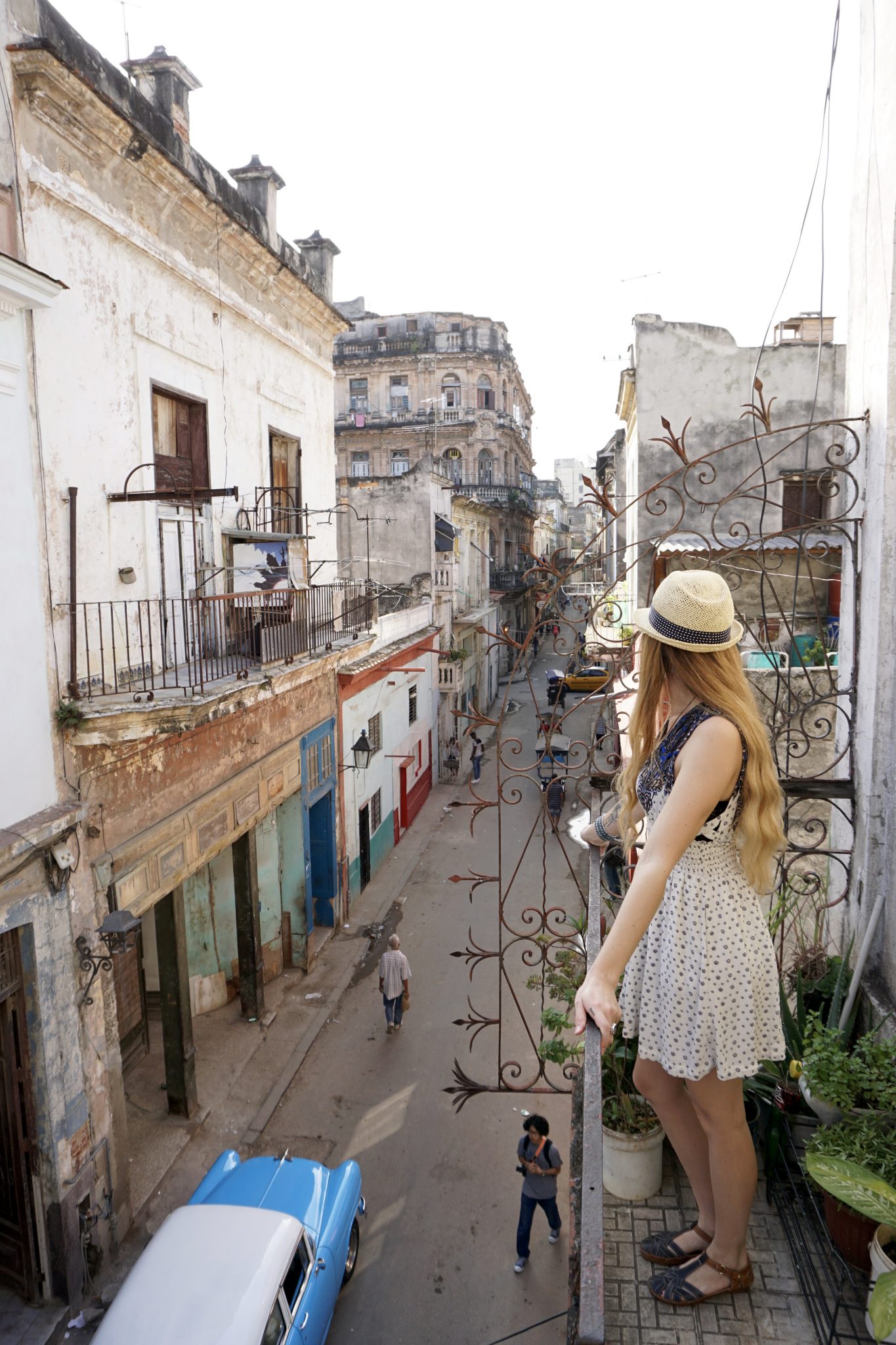 Crime against tourists in Cuba can almost be called negligible, but reports seem to be on the rise. Scams are occasional but low compared to many other places in the world, and violent crime is extremely rare. We felt extremely safe walking around at night. But use common sense.

Keep bags zipped, don’t leave your purse sitting somewhere alone, don’t walk alone at night in non-touristy areas, and don’t carry all of your cash on you. Have the majority of it in a safe in your hotel or casa. When someone overly friendly and pushy approaches you on the street, there’s a chance they are trying to scam you by either selling counterfeit cigars or offering to take you somewhere else to scam you. No need to be rude, but a kind and firm “no gracias” will do. But don’t let this deter you from chatting with the locals and getting to know them. We want to represent Americans and our country well when we travel. I found Lonely Planet to be helpful in my preparatory reading.

Cuba is big, so there’s a lot to do there. You would need months to really get into the grit of it all. But in just a week or two, you can have urban streets, rural villages, colonial streets, lush mountains, waterfalls, tobacco fields, outdoor adventures, cave swimming, and postcard perfect beaches. You can go from horseback riding in the mountains to salsa dancing in the streets in the same day. If you really want to kick back and enjoy the beach life, stay on one of the many cays dotting the coastlines of Cuba with beaches that rival any in the world.

I don’t need to tell you how unique Cuba is. They’ve been living in a bubble of government-run EVERYTHING for the last 50+ years. Some independent business ownership is just starting to become legal, some people actually “own” their homes, and most obvious, Americans can now travel there (UPDATE: President Trump has tightened the restrictions on travel, which means Americans must now travel to Cuba via a certified tour with a group).

A lot of things (hotels, restaurants, businesses, etc.) are completely government run. Fidel Castro is kind of like Elvis, or maybe the way Obama was a bit of a celebrity in other countries in the world. On every street there is some sort of souvenir shop with Castro t-shirts and hats. I even saw a baby onesie with Castro’s face on it. It’s an interesting concept. I’m not quite sure I understand their reverence for this man who made it so they own nothing and any savings or ownership they once had, in a matter of days, became obsolete. Anyways, that’s an entire topic on its own.

Cuba will eventually become less unique and American culture will infiltrate. I don’t think they’ll lose their culture, but things will likely change a bit and prices will rise. Tourist scams and petty theft could become more common. Because Cuba has had no dealings with Americans, there are some things you should know and prepare for if you visit. Read my post: What to Know When Visiting Cuba.

Cuba is somewhere in which you have to be open to appreciate their uniqueness in the world. They have their shortcomings in dealing with tourism but I imagine that will improve over time. Everything is very outdated and the standards of luxury are quite low. Don’t go to Cuba expecting a 5 star resort and incredible service. The more you know what to expect the more you can embrace the quirkiness of it. You can find more details in my post What to Know When Visiting Cuba. My suggestion is don’t hesitate to visit Cuba now, while it still resembles the Cuba of years ago.

A Guide to Visiting Havana, Cuba

What to Know When Visiting Cuba

Powered by GetYourGuide. Become a partner.

14 thoughts on “7 Reasons You Must Visit Cuba Now”